Language, skin colour, religion, habits – only a few of the reasons for confrontation and aggression all over the world. Xenophobia and racism do not cease to form a part of many a person’s every-day life; agressees and aggressors. ‘Not even’ the social media are the proper platform to overcome. Nor is the continuous internationalisation they incorporate. Even on the contrary: egocentrism and protectionism appear to evolve in proper renaissance. No border can be crossed sufficiently often to overcome. Some may face the questions frequently, some may rest in that simple shadow of ignorance.

Countries, cultures, religions, politics, business, and sport – who can credibly claim to be exempt?! Approaches differ widely, no doubt. Backgrounds and history do, too. Self-perception is centred on the ‘self’. And we still talk of disappearing ‘borders’. Disappearances for an economic goal. Diappearances for a geopolitical interest. Disappearances for the self to shuffle ’round – with an aim or without.

Freedom is a grand and (too) popular word; by far not the solution to it all. And what do we? Proclaim a future based on only a tranch of it: its economic scope. Narrow it all down; all so difficult to understand. Just simplify. So much easier then.

“The struggle continues…” – true not only for Marley’s Babylon. Rather the grander prophecy. A common effort to invest; an effort to live that promised ‘change’. – And a culture to create it. 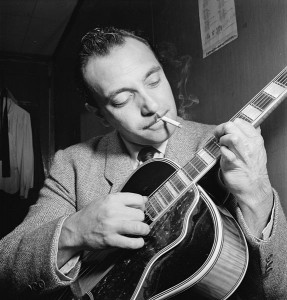 Non-discrimination is an issue which requires attention all around the world. Not only is it an abstract human right which has been accorded some prominent attention in the Universal Declaration of Human Rights. It rather manifests itself in the very concrete situations in the life of many. Those stories can be told. They can create rather singular and specific attention. But they can ideally also trigger awareness. Specific attention cumulating in the more general awareness is an ambition of many. Those who possess the gift of working with the medium of film have a strong tool at hand to create it.

The background to the film project Punishment Island can be perceived as a rather specific case. In south-western Uganda, at Lake Bunyonyi, a practice existed in which women were banned from society for pre-marital sexual relationships. Not only were they stigmatised, they were taken to Akampene Island in the lake: Punishment Island. Director and Producer Laura Cini saw and experienced the impact of this practice during her stay in the region. She also came to understand the impact this practice has had on the banned and their relatives. She and her team are not solely striving for attention. They are aspiring to create awareness – amongst the local communities and those who will see the moving images once produced.

Strength and dedication of the team cannot carry this project alone. As often the case, money is an issue. Of course, monetary contributions can be made in a setting of complete non-discrimination. Contributions to a project which may well contribute itself in adding to the first article of the Universal Declaration: “All human beings are born free and equal in dignity and rights.They are endowed with reason and conscience and should act towards one another in a spirit of brotherhood.” …and sisterhood.